Here's what happens next 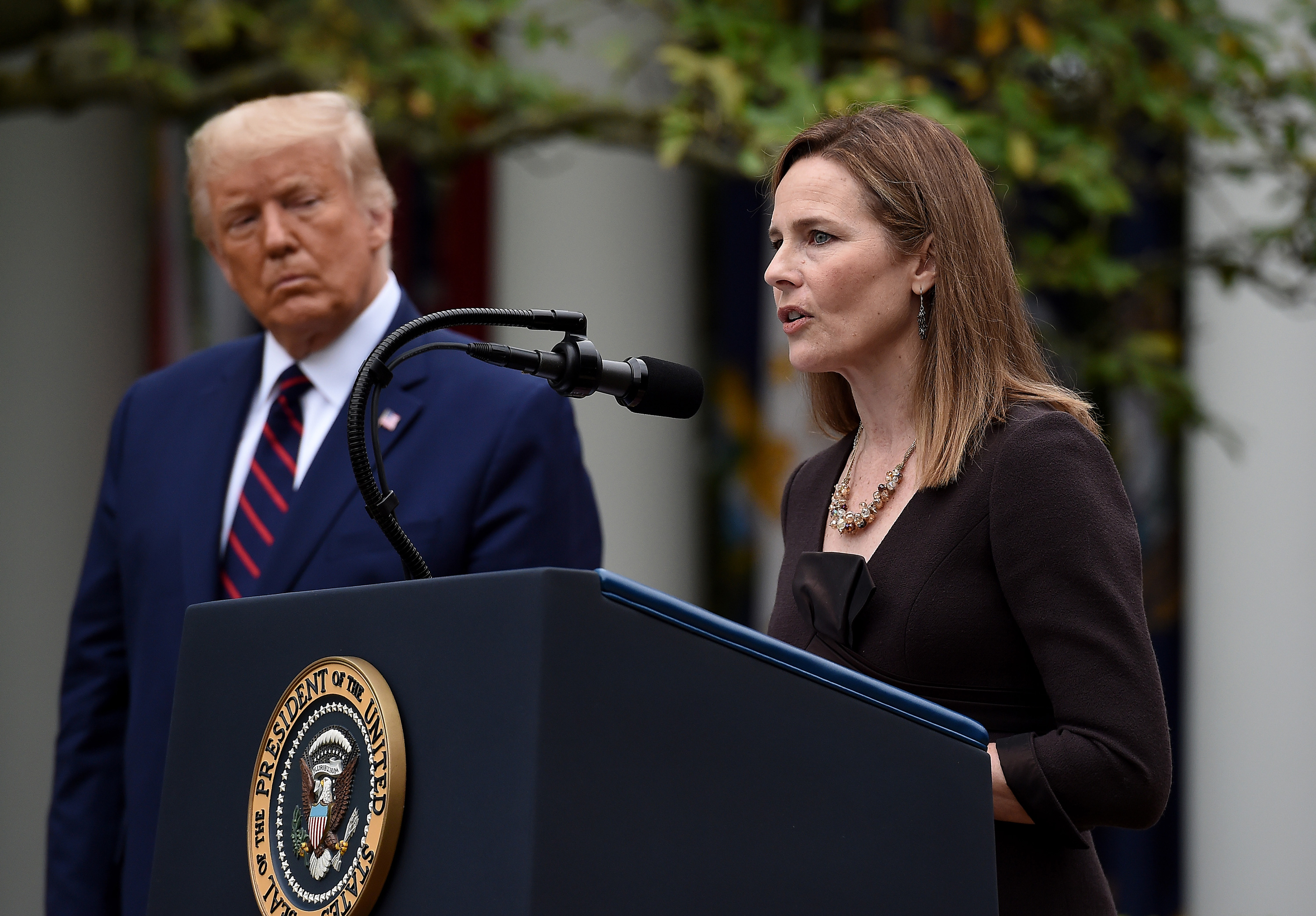 President Trump this evening yesterday he's nominating Amy Coney Barrett to the US Supreme Court. The battle over the late Ruth Bader Ginsburg's seat has become a focal point of the election.

Barrett, 48, was a finalist for the Supreme Court spot that went to Brett Kavanaugh in 2018. She was confirmed in 2017 for her current judgeship on the 7th US Circuit Court of Appeals, which covers Indiana, Illinois and Wisconsin.

Now, the Republican-led Senate will begin the confirmation process for Barrett — and some GOP senators signaled they will quickly move to take up the nomination.

Here's what we know about next steps:

Tuesday: Barrett is expected to be on Capitol Hill Tuesday to begin courtesy calls, per GOP sources. She'll also meet with Senate Majority Leader Mitch McConnell then, sources said.The week of Oct. 12: According to a likely schedule being circulated around the Senate today, the hearing to confirm Barrett could begin on Oct. 12, with opening statements in the Senate Judiciary committee. There would be rounds of questioning on Oct. 13 and Oct. 14, and there would be a closed session on Oct. 15 with outside witnesses.Oct. 29: That timeline would allow for a confirmation vote by Oct. 29, hitting a pre-election timeline that the White House and congressional Republicans are increasingly coalescing behind.
Read Entire Article